Generally speaking, taking out a 401(k) loan should be your last resort. Yes, there are times when it may make financial sense, such as borrowing to make the down payment on a new home or because you’re in dire financial need.

And with the cost of living skyrocketing in the last year, it may be tempting to borrow from your 401(k) to pay off high-interest debt or medical bills, or help you with a down payment for a home.

On paper, it might look like a good decision. After all, you’re borrowing the money interest-free and tax-free, and there’s no approval process because you’re basically loaning the money to yourself.

But upon closer inspection and taking into account life events that unexpectedly happen, a 401(k) loan may cause more harm than good – not only to your future retirement, but also to your current financial situation.

Why You Should Rethink Taking Out a 401(k) Loan Under Federal law, 401(k) participants can borrow up to 50% of their account balance, with a maximum of $50,000. However, not all plans allow for investors to borrow against their 401(k)s.

For those that do, here are the rules according to the IRS:

Before you run out and borrow from your retirement account, you need to understand the downside of 401(k) loans – such as tax consequences, hefty penalties for failure to pay, and the negative impact it may have on your retirement income.

That said, let’s take a look at the potential downside of borrowing from your 401(k). When you take out a 401(k) loan, you pay the interest to yourself – which is part of the appeal. We get it.

However, many investors who take out 401(k) loans don’t realize they will be taxed twice.

Here’s why: You borrow money that was contributed with pre-tax dollars, and repayments are made using after-tax dollars.

When you take out money for retirement, you are taxed on the distributions at your ordinary income rate.

This means you are taxed twice:

#2 May End Up Costing You More Than Originally Planned Life has a funny way of throwing the unexpected at us. Let’s say you take out a loan and you’re paying it back as planned. Then one day, you get fired.

Guess what? You have to pay your loan back in full sooner rather than later.

It doesn’t matter if you are terminated or you voluntarily quit, you have to pay back the 401(k) loan in full – and potentially in significantly less time than you’d planned.

Under the Tax Cuts and Jobs Act (TCJA) passed in 2017, 401(k) loan borrowers have until the due date of their tax return for the year of distribution to pay it back.

If you cannot repay the loan balance in the mandated time frame, the loan will be treated as an early withdrawal, or taxable distribution.

Should this happen, in addition to having to pay the 10% early withdrawal penalty if you are under age 59½, you’ll also owe income taxes on the full balance of the loan. No matter how well your intentions when you took out the loan and no matter how much you plan to pay back the money, life happens.

If you take out a 401(k) loan because of a dire need, you probably don’t have emergency savings in case you default on the loan.

Hoping everything goes as planned is not a strategy. It’s just a wish.

Should another financial emergency arise before you’ve paid back the loan and can’t pay back the money borrowed, it’s considered defaulted.

Should this happen, you will be taxed on the outstanding balance, including an early withdrawal penalty if you are not at least age 59½. There may also be fees involved. Some 401(k) plans prohibit you from making additional contributions until the loan is paid off.

If your plan has this provision, taking a 401(k) loan may significantly impact your future 401(k) balance because you will miss out on compounded earnings.

If your employer offers company matching, you’ll miss out on those additional funds as well.

Not being able to regularly contribute also has tax consequences, as you’ll not be able to write off the pre-tax income you would have otherwise put in your 401(k). Meaning, you may owe more come tax time.

#5 May Limit Your Future Who wants to have to stay at a job they hate because they have an outstanding 401(k) loan that needs to be repaid before they leave? No one we know.

If you’re tied to a 401(k) loan and need to stay with your employer until it’s repaid to avoid penalties and possible default, you may miss out on new job opportunities. Or worse, be stuck at a job you dislike.

Just like losing your job, leaving before the loan is paid off means you’ll have until the date of your next tax return to pay off the loan – much less time than the 5 years you planned on. Should you need money, we encourage you to look for other opportunities instead of tapping into your retirement savings.

Also, do the math on the true cost of borrowing from your 401(k). Run various scenarios where you might be forced to pay back the loan early so you are absolutely clear on what you’re getting into.

While you’re at it, there’s no better time to start or put more money into an emergency fund. Build that up, and, in the future, you won’t have to make the tough decision to draw from your retirement savings or not.

Have questions about your 401(k) performance? Book a complimentary 15-minute 401(k) strategy session with one of our advisors. 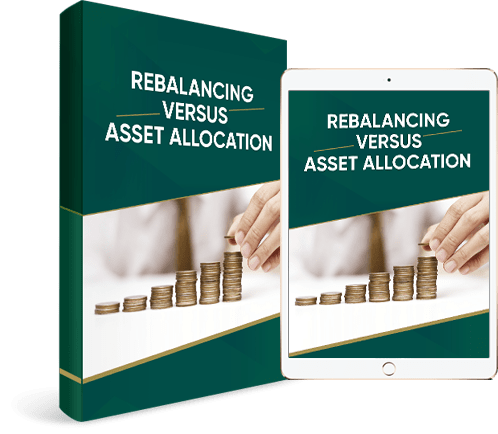